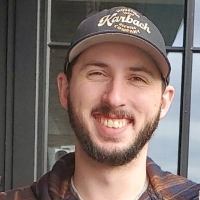 Stark Hunter Harle was born December 2, 1993, in Houston, Texas to Bascom and Sally Harle. He went to be with the Lord on November 9, 2021. Stark was a 2012 graduate of Katy ISD’s Cinco Ranch High School and attended Texas Tech University where he earned a degree in advertising from the College of Media and Communications in May 2016. Stark is survived by his parents, Bascom and Sally Harle; grandparents, Mary Harle and Jeff Morris; Aunt Mary and Uncle James Harle; Aunt Beth and Uncle Phil Hosker; Cousins Mitch Harle and Rebecca Harle Carpenter (Adam). Stark will be greatly missed by his longtime girlfriend and love of his life, Paige Tidwell along with their 4-legged companions Karra and Pepper. Stark is preceded in death by his Grandfather Wiley Harle, his Grandmother Sylvia Morris, Aunt Anne Elizabeth Harle, Aunt Tracey Ellen Morris and his beloved pets Jasper, Scarlet and Tiger.

Stark joined Cub Scouts in first grade and continued as a Boy Scout through his high school years, achieving the rank of Eagle Scout. During his Scouting years, his favorite activity was camping, be it short weekend trips, weeklong camping in West Texas, Oklahoma and Colorado or completing a Philmont trek and N.A.Y.L.E in New Mexico.

His saving grace was Young Life. What started his freshman year of high school carried him all the way through his senior year in college as an Adult Leader for Coronado High School in Lubbock. He forged a relationship with God during the weeks he spent at Frontier Ranch and Wilderness Ranch.

After college graduation, Stark stayed in Lubbock and began his career in the adult beverage industry at Texas Custom Wine Works where he learned the ins and outs of the wine blending business before moving back to Katy in 2017 to explore the craft beer industry. His love of a good brew took him through stints at Buffalo Bayou Brewing, Silver Eagle Distributing, Back Pew Brewing, Lone Pint Brewery and most recently Republic National Distributing Company. Along the way he built friendships and kinships, usually over a pint or craft cocktail at one of his favorite haunts.

Although Stark did not embrace his father’s love for NASCAR, he was a huge fan of Formula 1 racing and recently attended his first race at the Circuit of the Americas track in Austin. He shared his passion for F1 with Paige and anyone else who would listen.

Stark was a beloved son, grandson, nephew, cousin, loyal friend and an amazing Instagram boyfriend. We will miss him greatly.