Check out the new app! 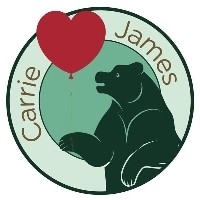 Support Carrying On as we join #TogetherToFightSuicide

Team Carrying On walks in memory of Carrie Cotter and James Cotter. Carrie and James were both very smart young people, who had their whole lives in front of them, when they chose to end their lives. Carrie fought mental health issues her whole life (with therapy, many different medications and an inpatient stay in a psychiatric facility)  and sadly, lost Hope that anyone would be able to help her since she had tried so many things and nothing worked. Carrie truly believed that she was doing me a favor by ending her life and considered it an act of Love on her part. That is SO SAD, but true. James was on top of the world his whole life. He was a hard worker and reached whatever lofty goal he set. He was confident and extremely friendly and everyone loved him. He was a leader in many aspects of his life. However, guilt and grief over the loss of his sister led him to alcohol and prescription drugs which messed with his mind and caused radical behavioral and personality changes in him. We did not know about the medications until after his death, but believe he became suicidal from the medications. Some doctor prescribed a grieving, but otherwise healthy 21 year old, 6 different medications in 5 weeks and failed to properly monitor him and now the world will forever grieve the loss of a man who brought light to everyone's life.

Team Carrying On is walking to raise awareness for suicide prevention, to create a sense of community for those recovering from a loss due to suicide, and to inspire Hope in those struggling.

We have joined a community of people from hundreds of cities across the country in support of the American Foundation for Suicide Prevention's mission to save lives and bring hope to those affected by suicide.

Please help us reach our fundraising goal by donating to a team member. To donate online, please select "Roster" and then choose one of the team members listed. Once you're on their page, click "Donate Now." Donations can only be made to individuals, but the total each participant raises goes toward our team goal.

All donations are 100% tax deductible and will help bring AFSP one step closer to achieving their bold goal to reduce the suicide rate 20% by 2025.

You can also support us by registering to join our team - just click the "join our team" button above.

We haven't raised any money yet.