Together, we're leading the fight against suicide

Since 1987, the American Foundation for Suicide Prevention (AFSP) has grown from a grassroots network of researchers and volunteers into a national movement with chapters in all 50 states. AFSP is also the largest private funder of suicide prevention research, and because we've built the infrastructure to deliver evidence-based programs to local communities across the country, our work impacts millions of people. We are consistently ranked one of the best charities for mental health, and we're powered by everyday heroes like you: $5, $20, $100 - every donation helps.

Every donation makes a difference.

Some examples of how every dollar counts:

Use our brand new impact graphics when reaching out for support! 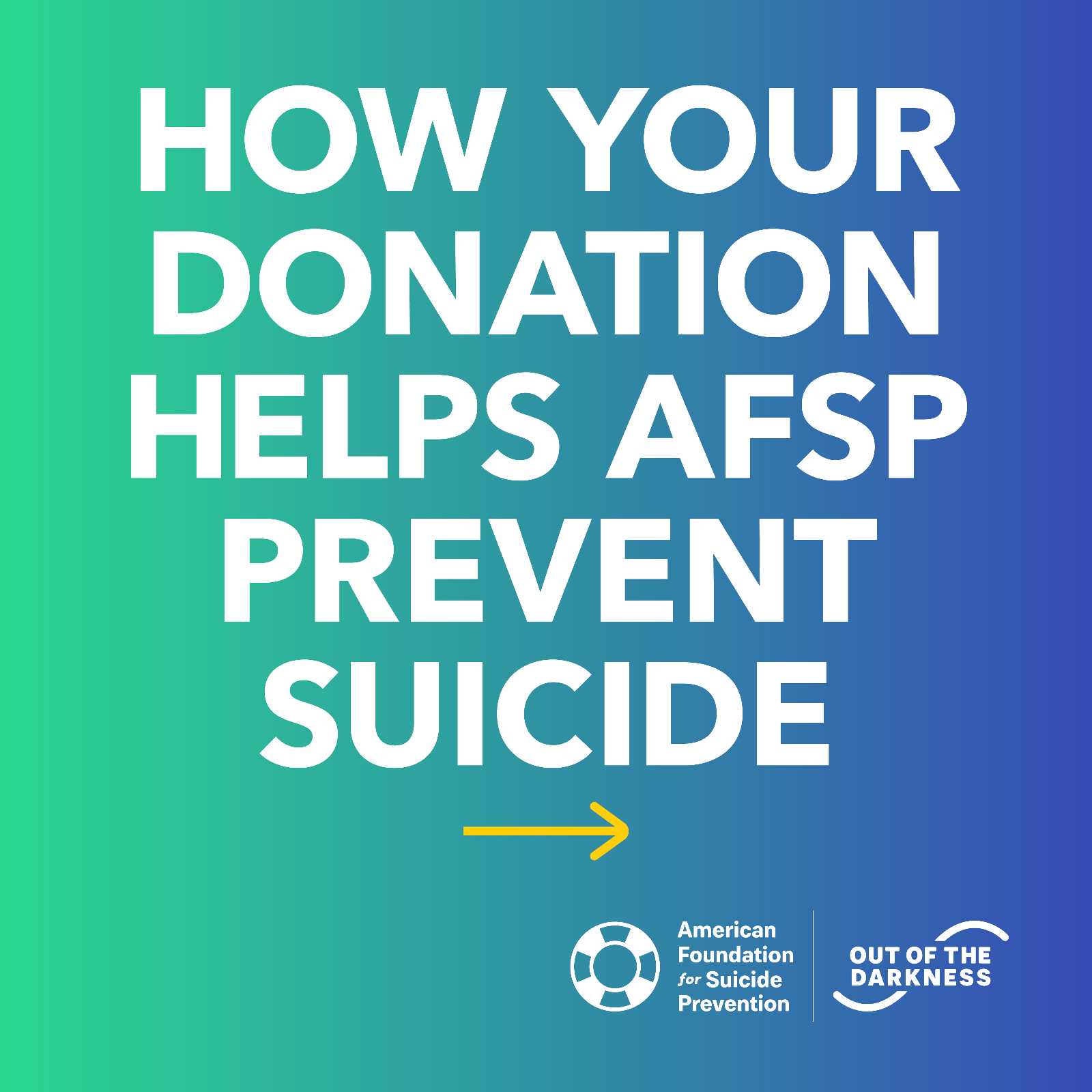 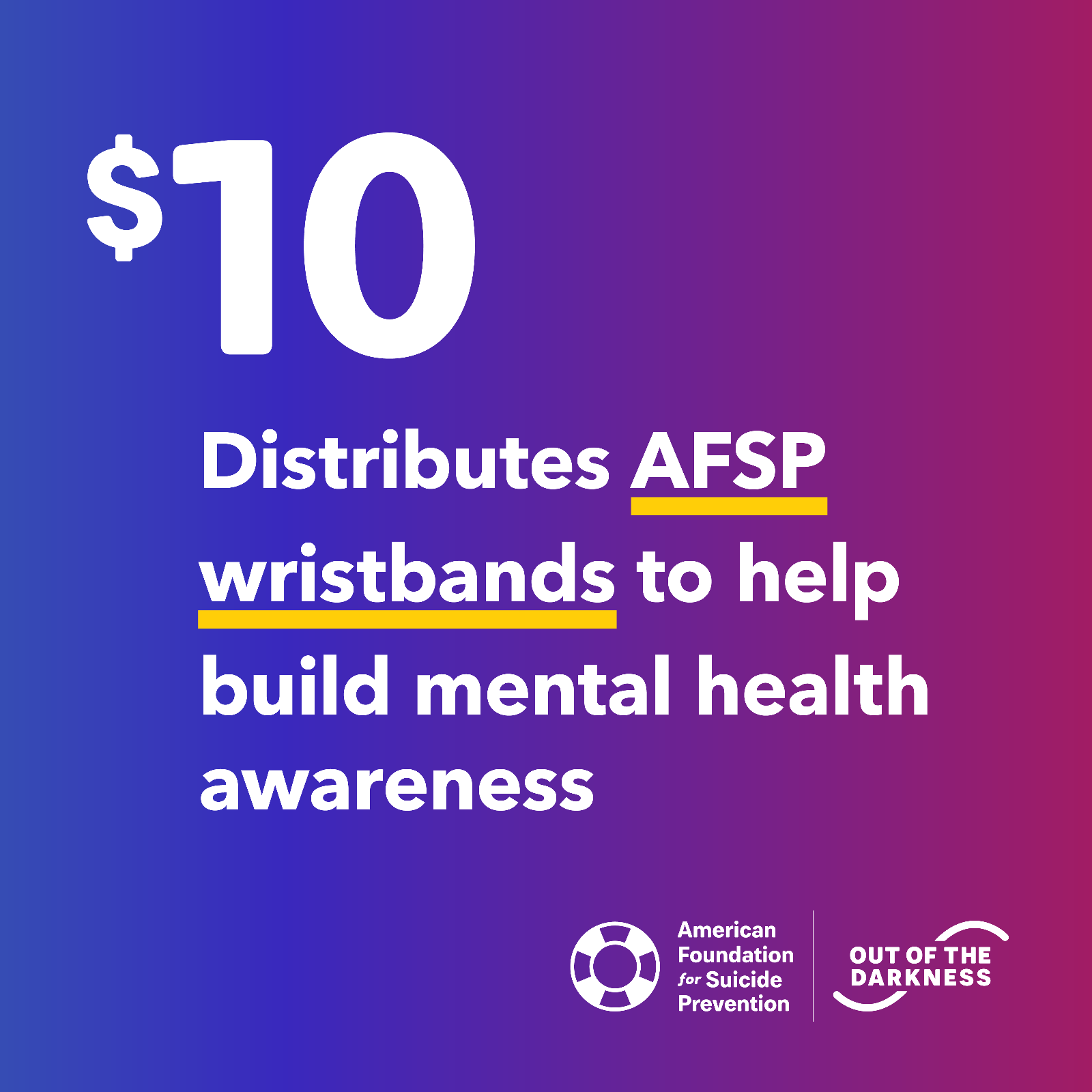 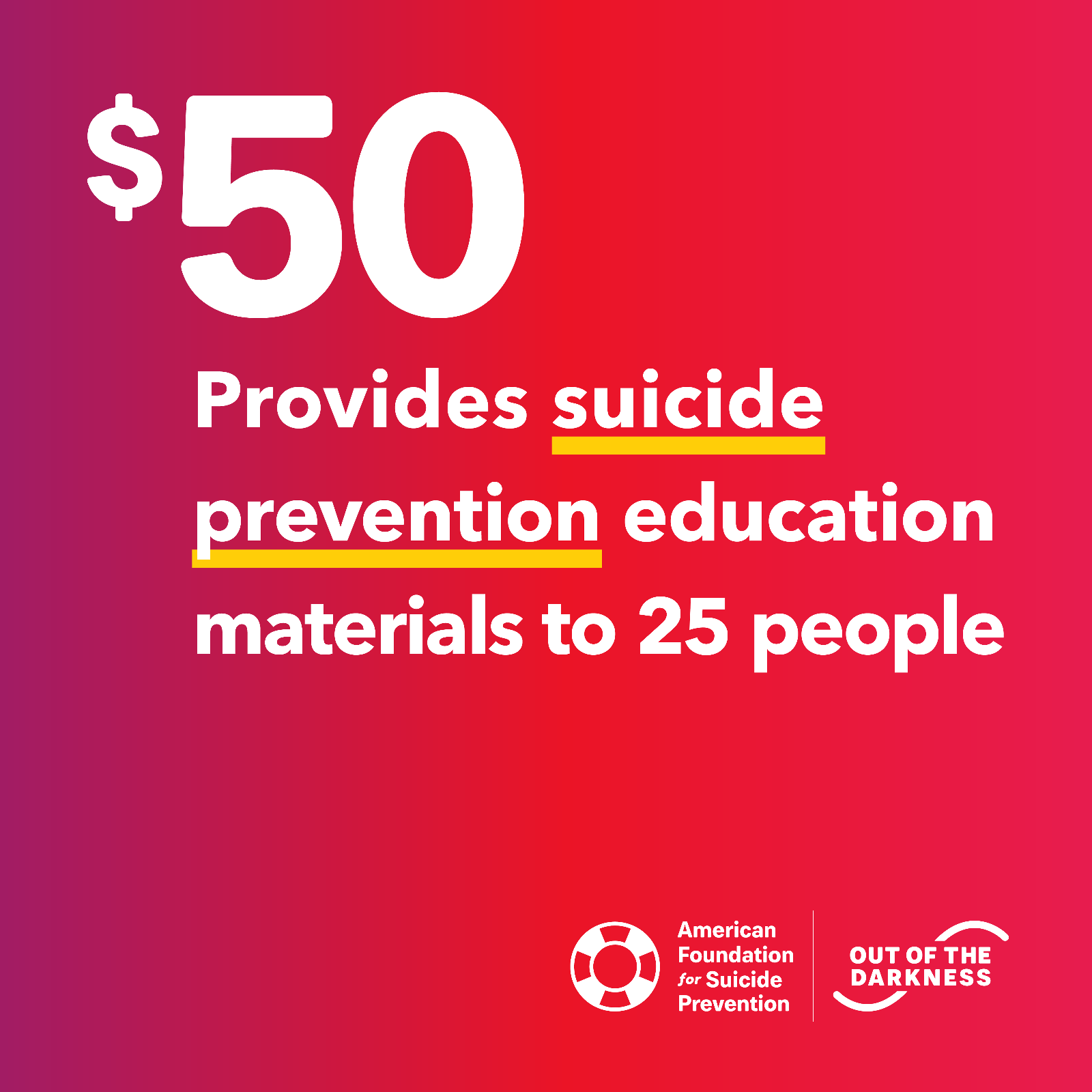 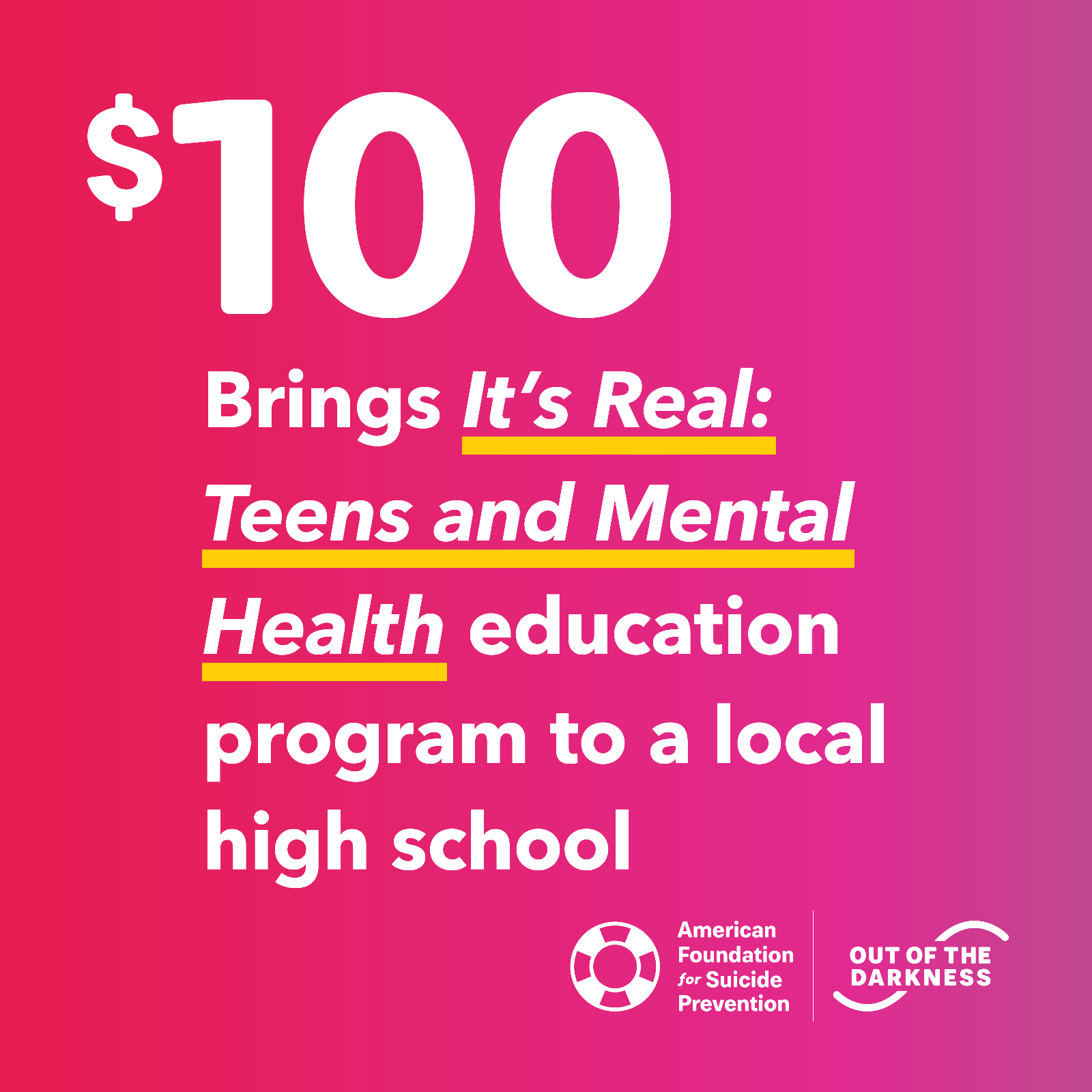 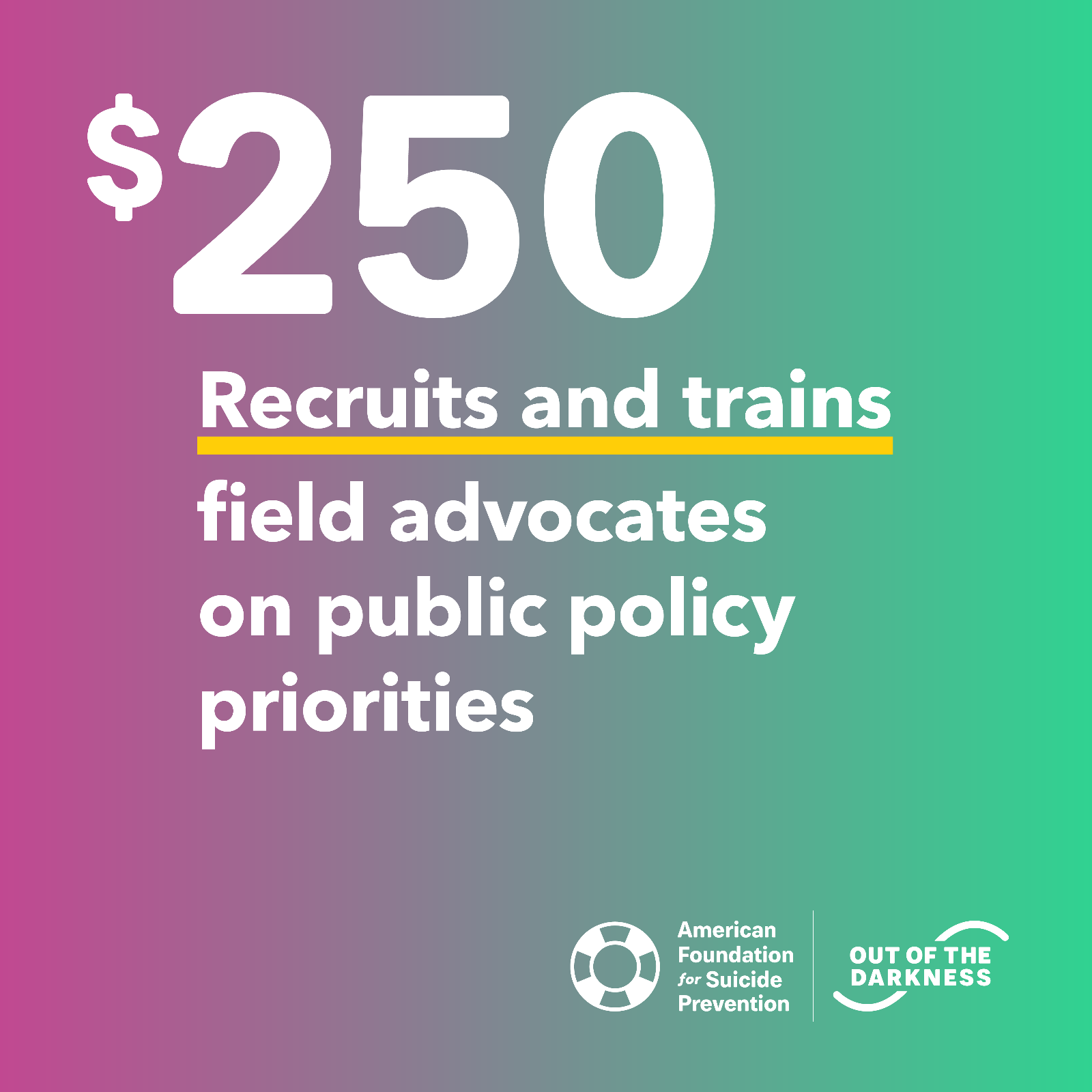 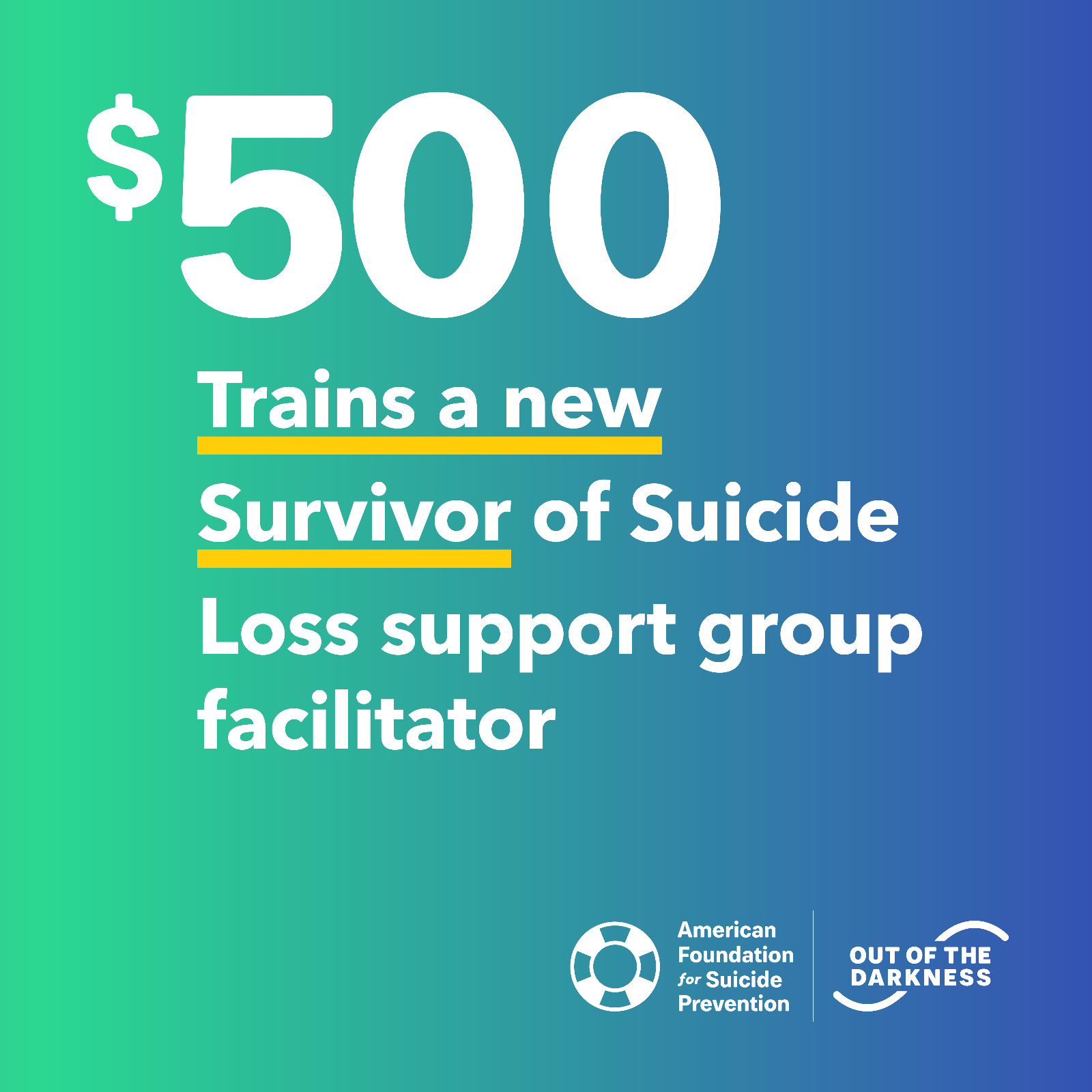 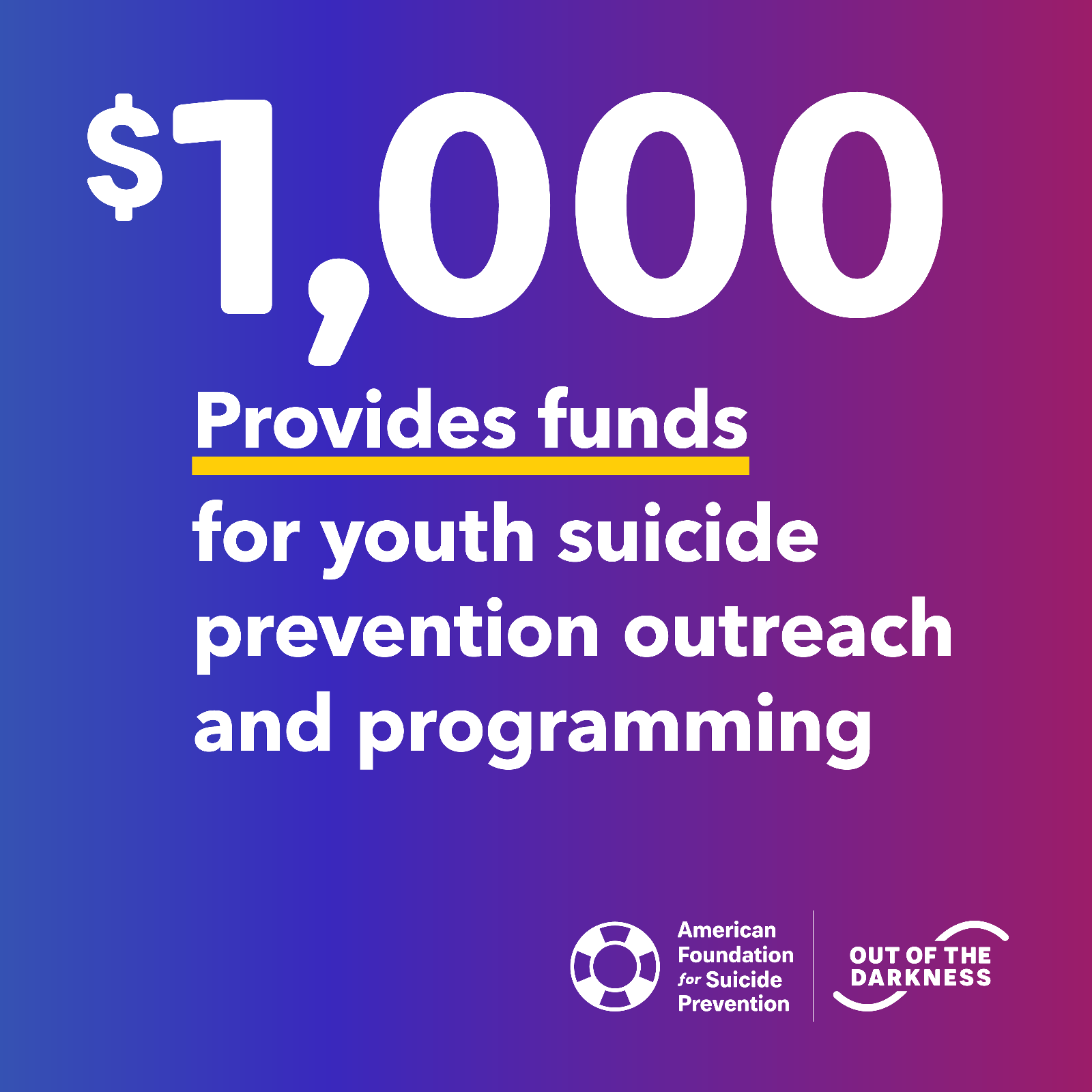 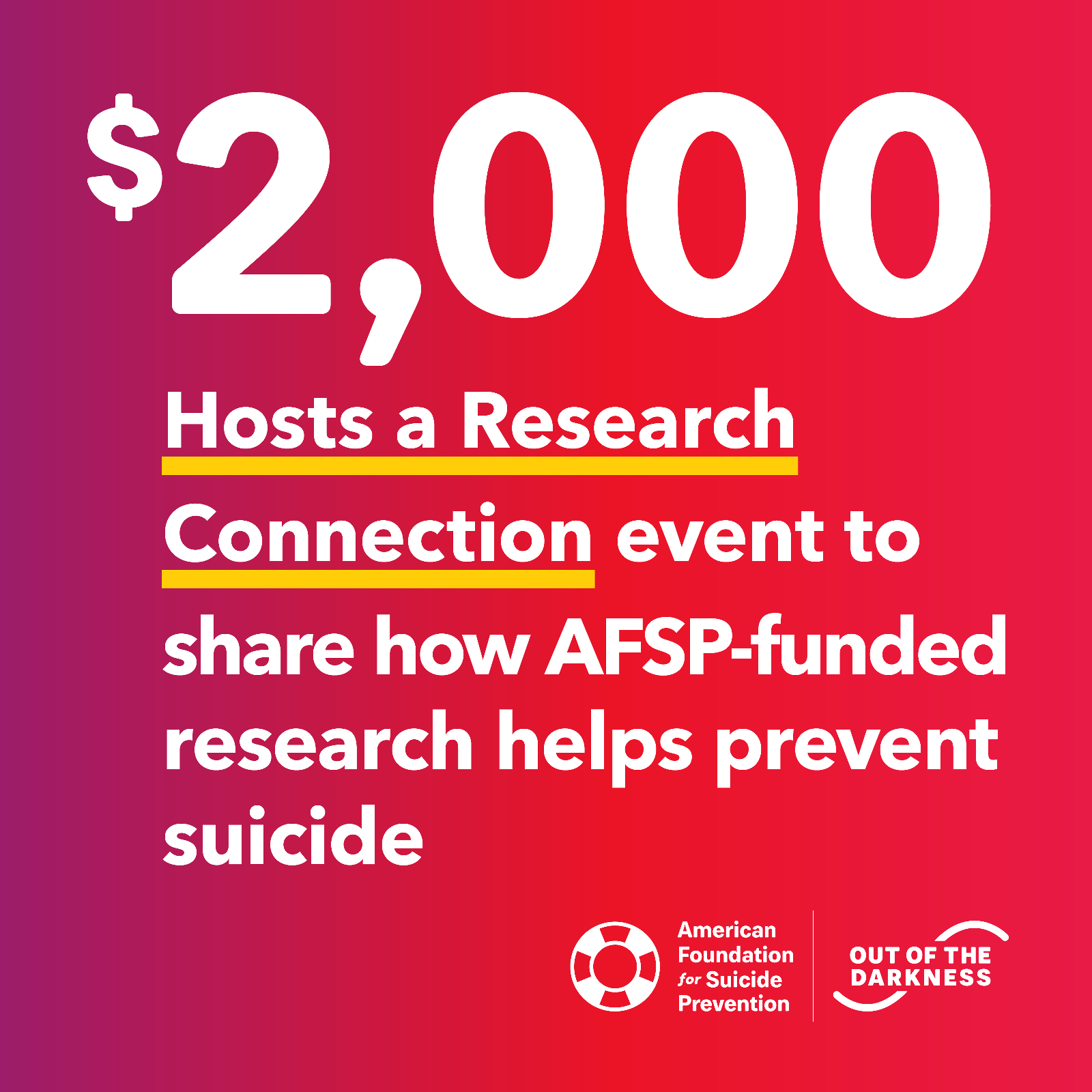 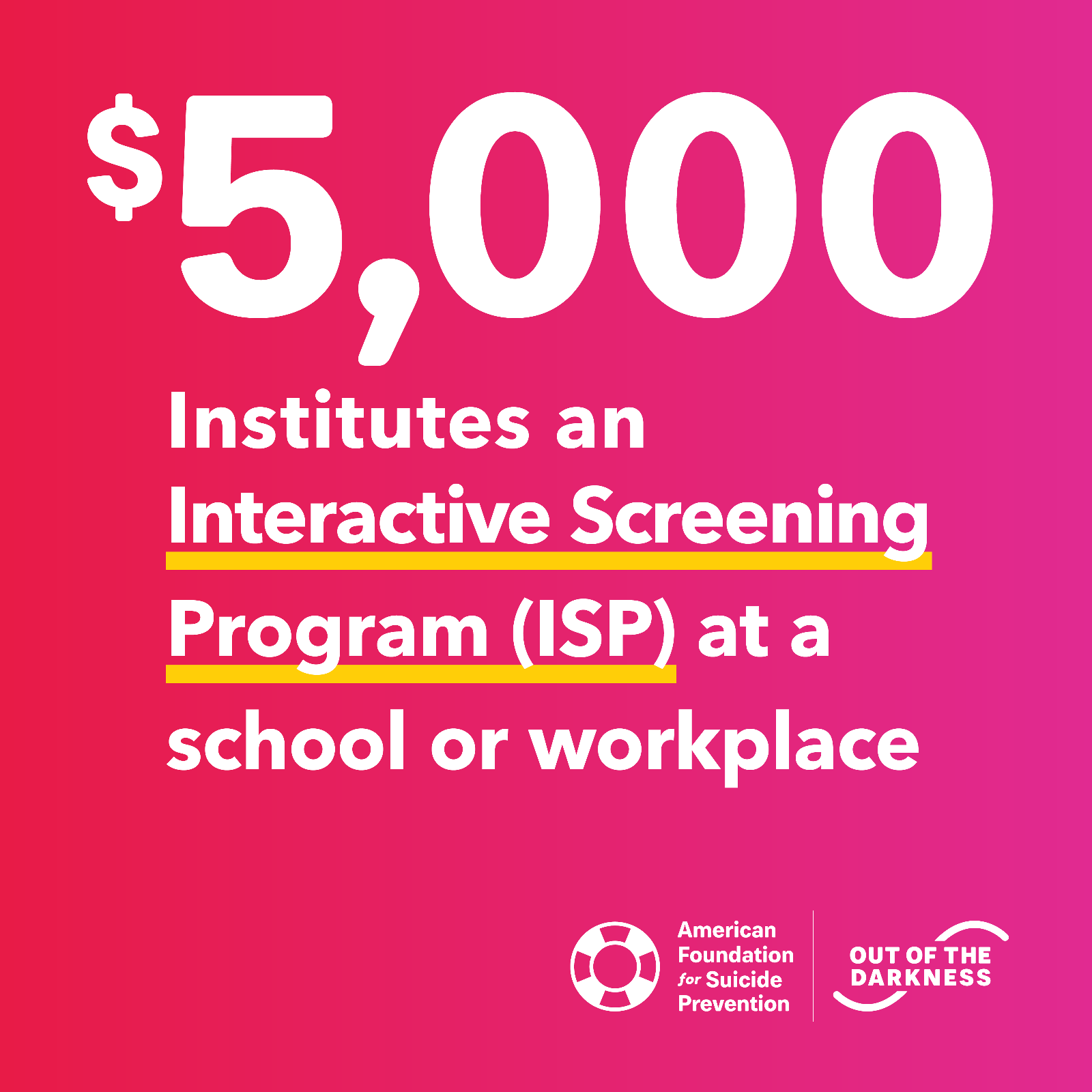 Visit www.afsp.org/annualreport to learn more about how your support is creating impact at the American Foundation for Suicide Prevention. 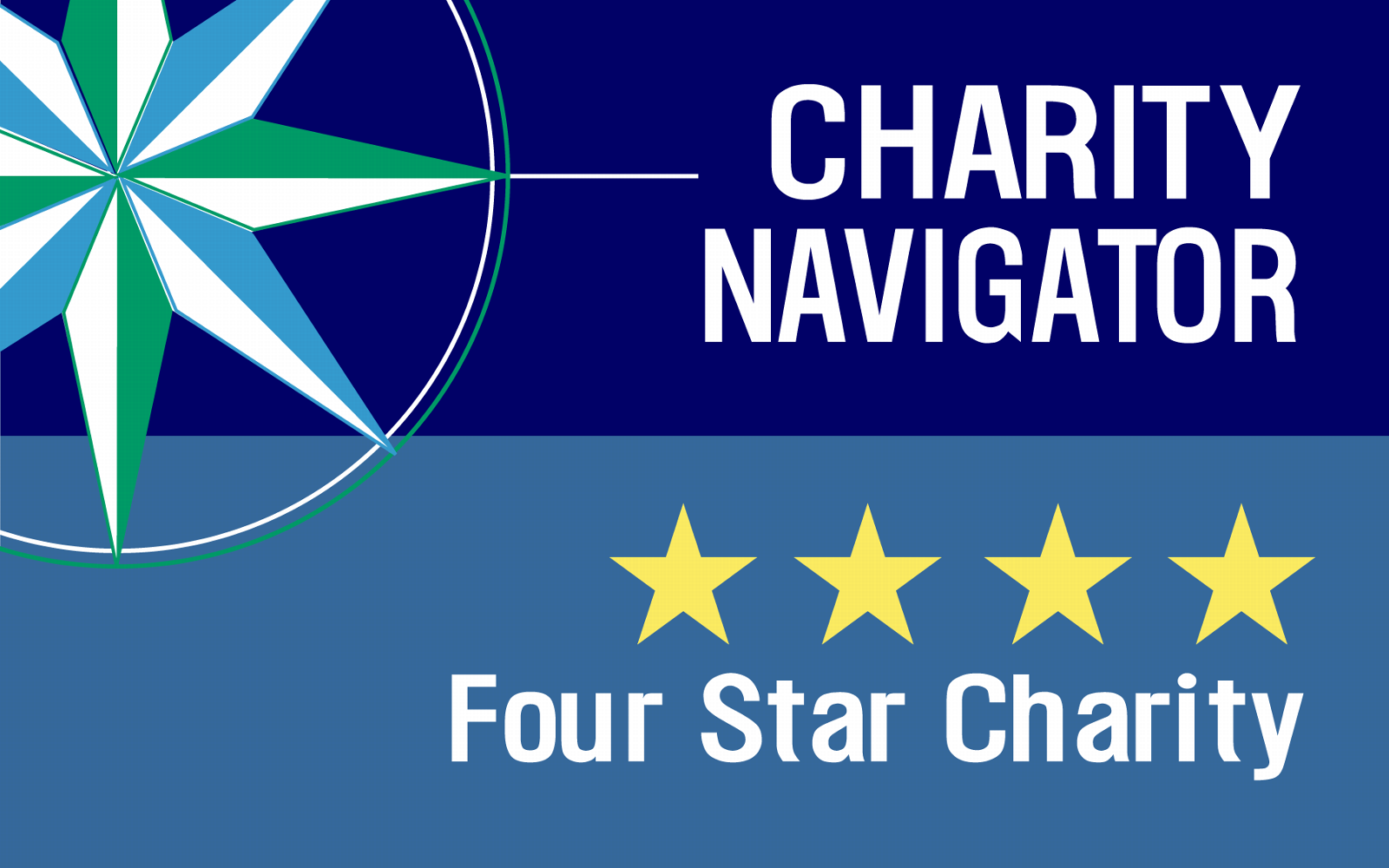 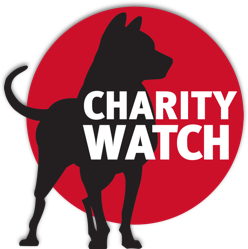