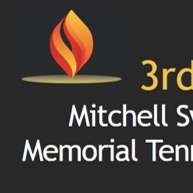 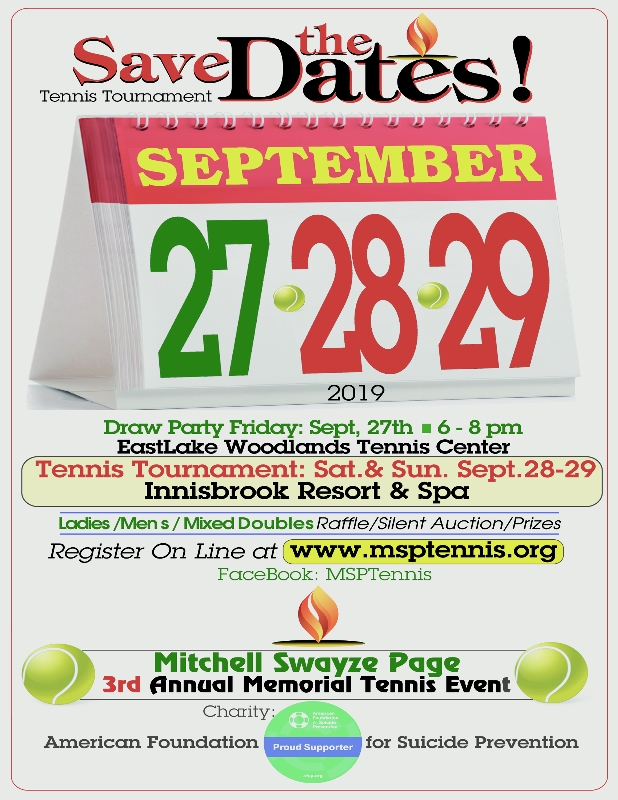 To make a donation, click on the "Donate" button above

Swayze Page was 23 years old when he took his own life.  He lost his battle with autistic-related disorders, depression and alcoholism.  Swayze loved his family, the Dallas Cowboys, and playing tennis.  But his story is much more than that.

Swayze survived Kawasaki Syndrome at age 2 and he was diagnosed with Asperger's Syndrome in the third grade.  He often had difficulty socializing with peers and sought activities where he could excel as an individual.  He played classical piano pieces from memory and played the trombone in his middle school marching band.  He challenged family members to board and video games that he rarely lost, and he always picked his beloved Cowboys to win, even if they were not favored to.

And yet, Swayze's passion was always tennis.  From the day he picked up a racket at age five he loved to play - and win.  His first coach, Jim Hord, insisted that he learn the proper techniques and Swayze grudgingly admitted that the repetition in his practice routine was showing results on the court.  That coach, and others who followed including Mike Waugh of East Lake Woodlands, could be heard yelling, "Move your feet!"  His practice and participation in rookie tournaments only fueled his desire to win, and win he did.  After his death a box of trophies was found in his bedroom closet.  He was the number one player on the Mitchell High School team four years in a row and was nominated for district recognition all four years.  He also earned MVP honors during his junior and senior years on the Mustang tennis team.  During his college years, Swayze didn't have time to play as often as he liked, but his grandmother renewed his love of the game during his last year.  He often talked of the fun the two of them had in a mixed doubles league.  In fact the day before he died, his serve was clocked at 113 m.p.h. with a radar gun during one of those doubles matches.

And now we are left to understand what happened to my son, the college graduate math teacher, who took his own life July 27, 2017.  Try as we might, we cannot make sense of the death of this bright, hard-working, loving young man who made an impact on everyone he met.  So instead, we will attempt to honor Swayze with a tennis tournament in his name and with a quest to help others like him.  We will try to prevent the needless loss of loved ones through our love for Swayze.  Please help us to bring awareness to suicide prevention while thinking of Swayze and the game he loved.