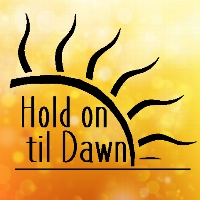 Hold on til Dawn

Join Me in Supporting the American Foundation for Suicide Prevention.

I have been participating in the Greater Philadelphia Chapter Out of the Darkness walks since October 2014 in memory of my father who took his life when I was six years old. Each year I participate I am motivated to raise more money than the year before. I have hosted multiple dance and restaurant fundraisers over the past three years along with acquiring dozens of local business donations for raffle baskets. Music has been such a big part of my life since I was younger. It was something that connected me to my father. So when brainstorming the idea for a new fundraiser, a concert was the first thing to come to mind. We are looking forward to the next year of planning and fundraising for the Hold on Til Dawn Benefit Concert!