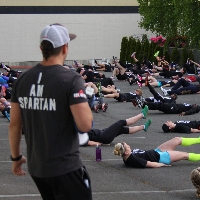 100 Mile Challenge in 24 Hours to raise $1Million for Suicide Awareness!

PASADENA, CA – Fitness coach and gym owner Michael Ainis from Ultimate Fitness Breakthrough has announced that he will run one hundred miles in a 24-hour challenge around the historic Rose Bowl Stadium in the Central Arroyo Seco to raise awareness for suicide prevention and to honor his sister, Victoria, who tragically took her own life in 2015.  Setting a goal of raising $1 million dollars, proceeds from the 100 Mile Challenge will benefit the American Foundation for Suicide Prevention.

“This run is personal for me – having lost my sister to suicide, my father struggled with his mental illness ending in his tragic passing as well" said Michael Ainis, who now owns the gym founded by his sister.  “If this run can help one person – especially now when the pandemic has caused more people to consider ending their lives, it will be worth it.”

Individuals are invited to donate to the cause (afsp.donordrive.com/campaign/100MilesforLife ), and/or submit a story or picture for a mile marker to be dedicated in their memory.  Companies are also invited to participate as a sponsor of a mile, or the event.

Our Mission is to bring bring the community together not only to raise awareness for suicide awareness, but also honor those who have lost their lives….

"All the pain that I’ve been through fuels my Passion to push myself beyond my limits. I'm running in the dark to show others there is a way through hard times, and if they just hold on a little longer – things can get better!"